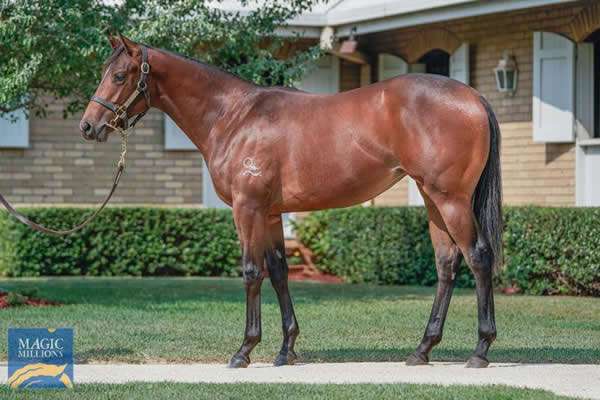 Eyes from afar will be taking a keen interest in the performance of the Will Clarken-trained Bleriot (Divine Prophet) when the filly has her first crack at a black-type contest in Saturday’s Listed Oaklands Plate at Morphettville.

Bleriot was bred by Aquis Farm and offered at the Magic Millions Gold Coast Yearling Sale where she was purchased for $160,000 by Clarken and the Newmarket-based JS Bloodstock Consultancy, whose Principal Billy Jackson-Stops is well known in Australian racing circles.

Clarken will also be represented in the Morphettville 2-year-old feature by Gosden (Not A Single Doubt), another youngster bred by Aquis Farm, who remains in the ownership.

Jackson-Stops furthered his racing experience during a stint as assistant trainer to then Godolphin Head Trainer, John O’Shea, and assisted in the management of some 400 horses across three states, including Group 1 winners Hartnell (GB) (Authorized {Ire}), Alizee (Sepoy) and Darley stallion Astern.

He subsequently managed Godolphin’s satellite yard at Flemington before returning to England in 2017 to establish JS Bloodstock.

Pulling out all stops

Jackson-Stops successfully joined forces with Clarken to purchase Bleriot, who is the first foal of the four-time winner and black-type placegetter Jetting To London (Jet Spur). She is out of a half-sister to the G1 Flight S. winner Only A Lady (NZ) (Sir Tristram {Ire}).

“Billy is a good mate of mine and I got to know him through my friend Dave Eustace (trainer). We did the Magic Millions Sale together and both really liked the filly and that’s how it came about,” Clarken said.

“Billy was going to come back again this year, but obviously that didn’t happen as COVID-19 put a stop to that.” 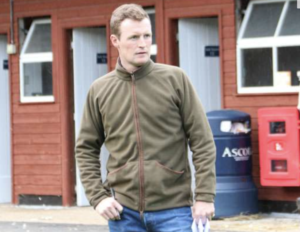 Bleriot has hardly put a foot wrong for Clarken with two wins and a pair of runner-up finishes from her six appearances.

“She is very genuine and she’s only a wee thing. She eats just enough to survive, but she’s all heart and I like the map for her,” he said.

“Bleriot’s going to be able to get up on the speed and this has been her grand final the whole way along. Whether she gets the 1400 metres is yet to be seen, but she does have the class on some of the runners, I reckon there’s a big tail to the race.

“Hopefully, she can run in the top four and cement a bit of black type.”

Clarken is a part-owner of Bleriot and is also involved in the ownership group of Gosden with Aquis, despite the farm selling the colt to the Belmont Bloodstock Agency for $50,000 at the Inglis Great Southern Weanling Sale.

“He’s a quality colt and this is a race we’ve had in the back of our mind for him. He has had an interrupted preparation and missed a run because of a little virus,” Clarken said.

“Then he missed a trial on Monday when they were abandoned, so he is going into it a little underdone. He’s done plenty of mileage though and I want to see him relax early on, we will be riding him very defensively.”

Gosden hasn’t raced since he finished a debut fifth at Gawler earlier this year and is expected to come into his own over more ground.

“He is a lovely horse going forward and has got a very stout pedigree. He has got a massive action and he presents as a mile or 2000-metre horse,” Clarken said.

“He’ll get back and I’m confident he will be finding the line well.”

Gosden is the first foal of Champagne Kisses (Onemorenomore), who was successful three times up to 2200 metres.