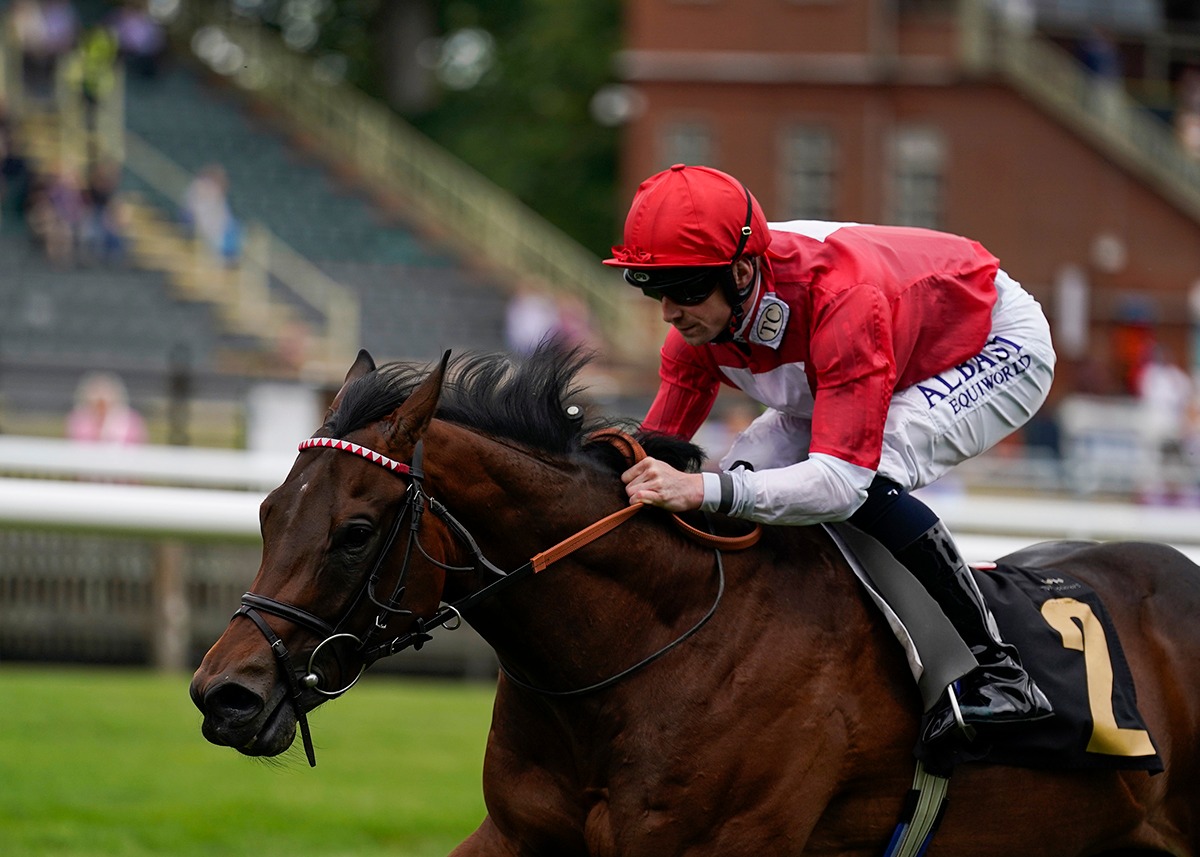 Posted at 15:00h in News by Ben
2-year-olds of 2022 bought as yearlings or breeze-ups by JS Bloodstock have been winning on the track for a variety of  different trainers. Tom Clover has enjoyed success with the 91 rated Rogue Spirit, who has won twice this year and was 3rd in The Super Sprint, he was a relatively in-expensive purchase at 12,000GNS. The same owners of Rogue Spirit have also enjoyed some big days out with Rogue Lightning, a 44,000GNS breeze-up purchase, who won on debut at Newmarket by 4 lengths and followed that up with a 2nd in the Listed Rosebowl Stakes at Newbury.
George Scott has had various cheaply bought yearlings win this year as 2-year-olds that were selected by JS Bloodstock such as Yahtzee, a 16,000GNS purchase, Gumais, a 15,000GNS  purchase and Coco Jack, who didn’t sell at the sales but a deal was struck afterwards for the horse to go into training with George.
James Ferguson won an open novice and the £20,000 GBB bonus with Impeachment, who was bought for 33,000GNS at the Tattersalls Guineas Breeze-Up Sale. She looks to be a talented filly and will most likely line up in a Listed race in France next.
Andrew Balding teamed up with JS Bloodstock at the Goff UK yearling sales in 2021 to buy 5 horses. Only 1 of the 5 has run so far, Matching Sox, he was an winner on debut at Kempton.