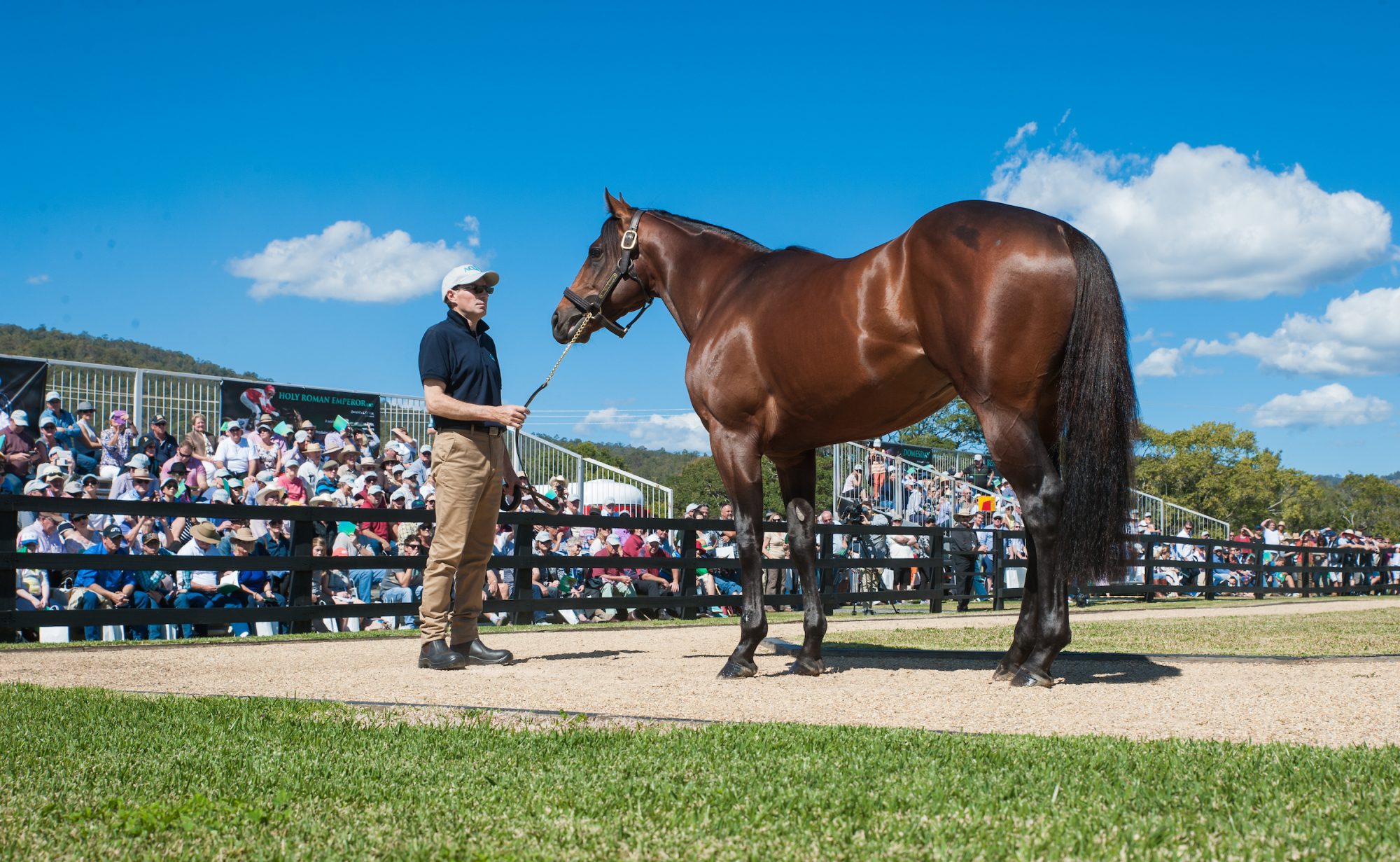 Posted at 07:12h in News by Charlie Hunkin
The yearling circus started again in August with everybody stating how quickly the year had gone and how they couldn’t believe they were already back in Arqana. However there aren’t many nicer places to end up back at so quickly.
Having attended Arqana for the first time in 2018 I had a better idea of what to expect this year and left with 1 purchase, a beautiful filly by Lope De Vega who’ll head to George Scott. Bred on the same cross as Breeders cup heroine Newspaperofrecord, this filly was a stand out for myself and George who’ll she go into training with.
From the stunning beaches of Normandy it was a sharp contrast to be heading to Doncaster for the next sale. The Goffs UK sale is consistent source of precocity and speed, we were unlucky not to have walked away last year with Daahyeh who has subsequently won a Group 2 this year as well as winning the Albany at Royal Ascot.
This year I walked away with 5 purchases in total, 3 for George Scott and 2 for Tom Clover, including the 1/2 sister to Tom’s Glorious Goodwood winning sprinter Celsius.
Following on from Doncaster was the Tattersalls Ascot sale, a 1 day sale that has boxed above it’s weight with it’s graduates from 2018 which includes the JS Bloodstock purchased Shadn who ran her best race to date to finish 3rd in the Group 2 Mill Reef stakes against the colts last week.
This year I bought 3 horses for 3 different trainers and started by securing a classy Cable Bay filly from Violet Hesketh and Mimi Wadham’s draft that will go into training with Michael Bell. I also bought a Sepoy colt for Tom Clover and a racy Farhh filly for Ed Dunlop.
In the gap between Ascot and Tattersalls Ireland I took an 8 day trip with fellow bloodstock agent Matthew Houldsworth to Australia. We took in all the metropolitan racetracks in Sydney before heading to Melbourne where we had meetings at Caufield and Ballarat. From there we were back on the plane and up to Scone for 3 days to do stud tours, taking in some outstanding places such as Coolmore, Newgate and Yarraman.
Back from Australia and a quick turn around to head to Ireland for the Tattersalls Ireland sale. I had a frustrating day 1 underbidding a smart Acclamation colt out of a sister to Champion sprinter Hootenanny as well a few others. Day 2 I walked away with a colt for Al Rabban Racing by freshman sire Mehmas and a classy looking filly for George Scott by Zoffany.
The circus rolls on to Goffs next.