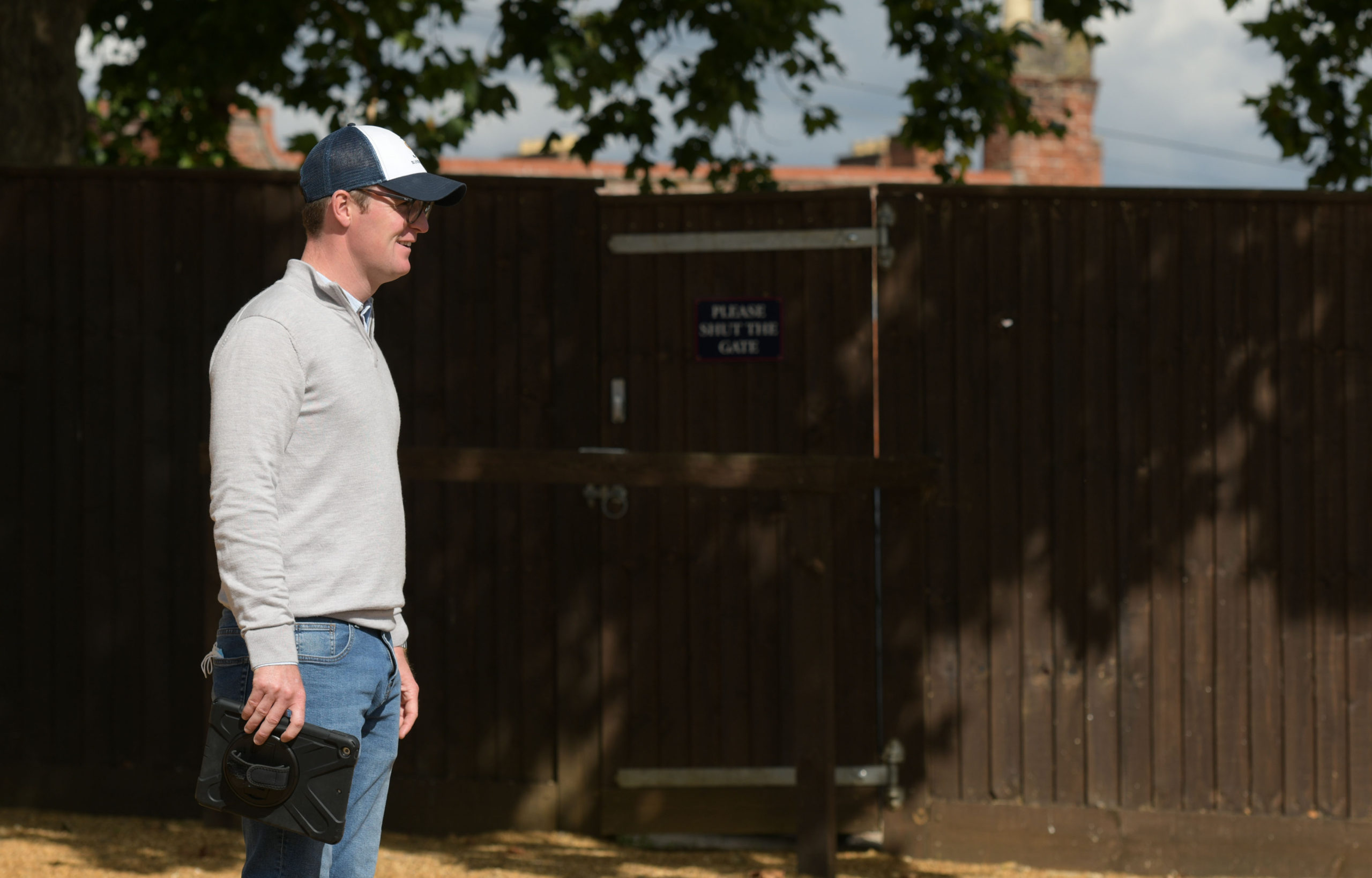 Posted at 17:22h in News by Charlie Hunkin

The yearling sales kicked off as usual in sunny Doncaster with the Goffs UK Premier Sale – a sale normally renowned for the source of precociously bred horses.  In a year where there has been much uncertainty both on and off the racetrack due to Covid-19, we were pleased to team up with Andrew Balding and George Scott to come away with four new purchases.

We struck early on day one with Lot 21 – a Noble Mission colt out of the black type mare Toxis (Street Sense). He is a strong, scopey type with a middle-distance pedigree and slightly atypical of the traditional Doncaster stamp. We were pleased to purchase him for £38,000 and he goes into training with Andrew.

Lot 66, a bold, athletic son of Awtaad from Hillwood Stud was secured for £40,000 and heads to Kingsclere to begin his career. He boasts a strong middle-distance page combined with a big action and good attitude.

Our next purchase came in the form of an attractive colt by first season sire Estidkhaar from WH Bloodstock. His exciting pedigree update did not go unnoticed as his half brother ‘Pogo’ picked up a Gr.1 placing in addition to his Listed win this year. He also heads into training with Andrew and we look forward to seeing all three progress onto the racecourse.

On the final day Billy and George Scott teamed up to buy a good-looking son of first season sire Ulysees. Out of the Dansili mare ‘Heho’, this colt is a free moving type and one we felt was particularly good value at £20,000.

There has been plenty of cause for concern with regards to the buoyancy of the yearling market and although fears were not entirely confirmed, figures certainly dipped on 2019. The clearance rate remained fairly level compared to last year, just sitting slightly fractionally lower at 84% but the overall aggregate of the sale fell 38% from 2019 and the average fell 27% to £34,034.  The demand for yearlings is still strong but these set of figures do start to suggest that purse strings have been tightened and that buyers will be more stringent with their investments moving forward.

Following on from Goffs was the Tattersalls Ascot Yearling sale, moved this year from Ascot to Newmarket. The sale had doubled in size from that in 2019 with 257 horses catalogued.  We bought three yearlings, teaming up with both Mike and Nick Bell as well as with Tom Clover to secure the purchases.  Mike and Billy have enjoyed success from this sale having purchased Bushtucker Trial (Bungle InTheJungle) for £10,000 in 2018 who proceeded to win three races last year.

The first purchase came in the form of Lot 6, a Charming Thought colt out of the Selkirk mare ‘Ermyn Express’. The colt was particularly athletic and caught the eye of both Billy and Mike who signed the docket for 22,000 gns. He hails from the Melbourne Cup winning breeders Stringston Farm and is himself a half-brother to the 100 rated Corgi.

In the hope that lightening might strike twice, our second purchase came in the form of Lot 56 a strapping colt by Bungle InTheJungle. By the same sire and from the same farm as Bucktucker Trial we hope his career will follow suit.  He has a sold page and out of a Pivotal mare we thought he represented particularly good value at 8,000gns.

Billy and Tom Clover teamed up to come away with the sharp looking daughter of Gutaifan in the form of Lot 139. The racey filly is a three parts sister to Group 3 winner Exogenesis and from the excellent producers Grangemore Farm.  Gutaifan boasts a consistent source of winners and we would like to think this filly will follow the trend.  Bought for 17,000 gns we look forward to seeing her out on the track early next year.

The expanded catalogue, location move, and currency change makes it tricky to draw comparisons between the 2019 and 2020 sales statistics.  The average showed a pleasing increase of 13% which lends itself to suggest the improvement of stock being offered for sale in the Ascot catalogue.  In addition, the median also saw an increase to 8,000gns, a rise of 5%.  It seems too early to draw too many conclusions over the state of the market but early indications suggest that spending could be reined in to reflect the shrinking global economy.  It will be interesting to take note of the results from Arqana where we will see the first top-end yearlings being offered for sale in Europe this year.